Progression and Etiology of Cortical Porosity in Diabetic Bone Disease

a study on Diabetes Diabetes Type 2 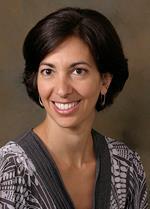 The overall goal of this proposed study is to investigate the underlying biological processes that drive increased cortical porosity in the setting of T2D and to understand the longitudinal evolution of human diabetic bone disease with a special focus on cortical porosity. The investigators propose the first longitudinal study of pore progression in T2D patients, which will be performed using a novel combined high-resolution peripheral quantitative computed tomography (HR-pQCT) and contrast enhanced magnetic resonance (CE MR) imaging approach. The investigators will use novel image analysis approaches to characterize pore content and spatial distribution of porosity within the cortex, and micro finite element (μFE) analysis to quantify biomechanical impact of porosity.

Bone quality deficits underlying increased fragility in T2D are not fully understood. At the tissue level, research evaluating deficits in material properties and fracture resistance is ongoing. At the structural level, increased cortical porosity is a clearly established deficit in bone quality in T2D. Porosity is a major determinant of strength, stiffness, and fracture toughness of cortical tissue, and therefore represents an important target for the prevention or reversal of T2D-associated skeletal fragility.

The mechanisms driving increased cortical porosity in T2D are unknown. To develop treatments specifically targeted at the prevention or reversal of pathological porosity, the investigators must understand the biological drivers of porosity. Today these biological drivers are unknown. Within the compact cortex, formation of large cortical pores has been attributed to clustering of osteons and merging of Haversian canals. At the endocortical border, 'trabecularization' or marrow space expansion is hypothesized to drive observed increases in cortical porosity. Multiple mechanisms of pore space expansion likely are at play in diabetic bone disease.

Increased marrow adiposity and compromised microvascular health are recognized aspects of T2D mellitus, and may be implicated in the development of pathological porosity. Studies investigating rodent models and humans have established the association of increased marrow fat with T2D. (BMI alone, in contrast, has not been shown to have an association with marrow fat.) Increased marrow fat - in turn - is associated with low BMD and poor trabecular microstructure. The investigators have also documented that increased marrow fat is associated with vertebral fracture, independent of BMD. The historic concept of marrow fat as merely a passive filler has been superseded by an appreciation for this fat depot as a dynamic player in bone quality. To date this link has been studied primarily in terms of trabecular bone microstructure; the investigators propose that it could be a player in cortical bone microstructure as well. Microvascular complications of T2D are among the most serious manifestations of the disease. In advanced disease, neovascularization through the process of angiogenesis leads to progression of retinopathy and nephropathy. Recent work has suggested that microvascular pathology also affects trabecular bone quality in diabetes. In cortical bone, where the majority of porosity contains blood vessels, neovascularization necessitates removal of bone tissue. Therefore the investigators hypothesize that microvascular pathology may be influencing cortical microstructural changes in T2D.