a study on Obesity Weight Management 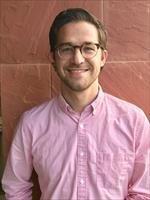 The SMART 2.0 study is a 24-month trial designed to evaluate the impact of the intervention with technology and personal health coaching or with technology alone on objectively measured weight among overweight young adults in a university setting over 24 months compared to a control group. The investigators hypothesize that both interventions will significantly improve weight compared to the control group, and the group receiving personal health coaching will experience the greatest improvement.

Weight gain is an important issue for young adults. Throughout the transition from adolescence to early adulthood, young adults encounter multiple stressors and influences that can contribute to weight gain. In turn, weight gain leads to increased risk of cardiovascular disease, diabetes, and other health issues. Thus, there is a critical need to advance our understanding of how to develop and deploy multimodal, technology-based weight-loss interventions that have the potential for long-term effects and widespread dissemination among young adults.

The SMART 2.0 study is a 24-month (96 week) parallel-group randomized control trial designed to evaluate the impact of the interventions on objectively measured weight in kg over 24 months compared to a control group. The study will recruit 642 overweight/obese young adults aged 18-35 at universities in San Diego, CA. Participants will be randomly assigned to one of three groups for a 24-month study period. The three groups include: 1) SMART 2.0 with a consumer-level wearable and scale, text messaging, social media, and technology-based health coaching; 2) SMART 2.0 with a consumer-level wearable and scale, text messaging, and social media; and 3) a control group with a consumer-level wearable and scale alone. Theory- and evidence-based content will be framed around a minimum goal of 5-10% weight loss through increased energy expenditure, decreased energy intake, and adequate sleep. Additionally, participants will be encouraged to lose 1 to 2 pounds per week until they reach a body mass index (BMI) below 25 kg/m2. Once a participant reaches a BMI less than 25 kg/m2 the goal will be to maintain their weight loss.

SMART 2.0 uses a fully integrated system of modalities that includes: 1) a popular consumer-level wearable (e.g., Fitbit Charge 3), wireless scale (e.g., Aria Scale), and corresponding app (e.g., the Fitbit app); 2) a highly tailored and interactive text messaging system; 3) multiple social media streams (e.g., Facebook, Facebook Messenger, Instagram, and Twitter); and 4) social network mechanisms of influence. The consumer-level devices and app will be used to self-monitor behavior, and their data will be passively acquired in real-time. Algorithms will be used to automatically deliver text messages to support individually tailored goal setting, performance feedback, and goal review in a highly dynamic style that reflects participants' behavioral progress towards achieving a minimum goal of 5% weight loss. Participants will be encouraged to share their data and behavioral progress with others via social networking tools. Social network mechanisms of influence will be used both within the study-space, to elicit participant-to-participant and health coach-to-participant support, as well as outside the study-space, to invoke social support and accountability from strong ties known to be important for long-term behavior change. Additionally, one group will receive monthly technology-mediated and real-time personal health coaching that is theory- and evidence-based.