a study on Obesity Weight Loss 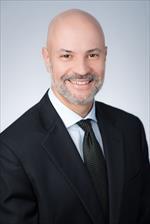 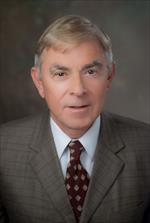 Morbid obesity and its associated metabolic diseases are on the rise in the United States. Currently, the best treatment for obesity is bariatric surgery where both roux-en-Y gastric bypass and sleeve gastrectomy offer substantial weight loss. Unfortunately, 20% of patients who undergo bariatric surgery fail to lose enough weight defined as less than 50% of excess body weight loss or regain of weight. For those patients who fail to lose weight after bariatric surgery and have failed maximal medical therapy and diet supervision, the treatment is re-operation and revision. Re-operation of the abdomen carries significant postoperative morbidity and mortality. The investigators propose to use the Apollo OverStitch endoscopic suturing device that has already been approved by the FDA as an option for bariatric surgery revision without having to re-operate on the patient. The investigators believe that the endoscopic technique may be able to provide weight loss without having to re-operate on the patient.

The most effective weight loss procedures in the United States are both roux-en-Y gastric bypass (RYGB) and sleeve gastrectomy (SG)where the majority are performed laparoscopically. Estimated excess body weight loss (EBWL) is >50% at the end of one year. However, nearly 20% of patients fail to meet the estimated EBWL or they may experience weight gain recidivism. The first step is nutritional counseling, medically supervised diets, and medical therapy. Surgery would be for those who still fail to lose weight despite the aforementioned efforts.

It is hypothesized that failure of weight loss for RYGB is gastrojejunostomy (GJ) dilation defined as >2 cm. Surgical treatment would require revision of this dilation. Unfortunately many of these revision procedures cannot be done laparoscopically given dense intra-abdominal adhesions. This will require conversion to an open surgery in a morbidly obese patient thus raising postoperative morbidity and mortality estimated to range between 15%-50%.

Endoscopic procedures are same day procedures with little morbidity and mortality when compared to laparoscopic or open bariatric surgery revision.

Open to people ages 18 years and up